Office Hours
Monday to Friday, 8:15 am to 5:00 pm, except District holidays

Synthetic Marijuana Can Be Deadly 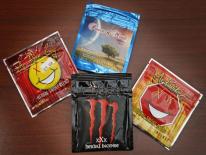 Drug addiction is a medical condition, and it can be treated. If you are struggling with synthetic marijuana, or any other drug, there is help in your community.

You can call the Department of Behavioral Health Access Helpline at 888-793-4357 any time day or night, seven days a week.

What is synthetic marijuana?

Synthetic drugs are dangerous and illegal chemicals made in laboratories, often located outside the United States.  They are potent hallucinogens that have been found for sale at some retail establishments, such as liquor stores and gas stations. The products are frequently packaged under brand names such as K2, Scooby Snax, Bizzaro or Spice.

Synthetic marijuana is not just one thing. Most commonly,  chemicals are sprayed over plant material and sold as herbal incense. These chemicals  are  sold sometimes in liquid form for use in an e-cigarette or vape pen. A single package may contain multiple drugs which are even more dangerous in combination. Buying the same brand twice is no guarantee the drugs, and their effects, will be the same in both packages. New strains of synthetic marijuana are constantly hitting the streets.

Synthetic marijuana is sold under different brand names. K2 and Spice were some of the earliest brand names. Scooby Snax, Bizarro, Mr. Nice Guy, and Red Dawn X are more recent. But, new brand names in new packaging come on the market regularly as manufacturers change the chemical composition to try to stay ahead of law enforcement.

Very dangerous. Synthetic drugs are illegal and are not safe for human consumption.

The District experienced  a recent cluster of hospitalizations  as people became ill, disoriented and even unconscious reportedly after using synthetics. Young adults also have been hospitalized for overdosing on synthetic drugs. The Metropolitan Police  has linked synthetics to violence.

Why is it so dangerous? Synthetic marijuana packaging does not tell the user which drugs are in it or the effects. The active ingredients a user is consuming at any given time are effectively random. Also, there is no way to know how many drugs are present in a given package of synthetic marijuana, as batches can contain multiple active ingredients which may be much more toxic when taken together. These lethal batches are very hard to detect until it’s too late.

What are the effects of synthetic marijuana?

Synthetic marijuana can cause hallucinations, anxiety, paranoia,  confusion, elevated heart rate, unconsciousness, and even death. These drugs can cause a person to become incoherent, disorderly, and aggressive. Effects can last for hours and, because the strains of synthetic marijuana are constantly changing, they are very difficult for doctors to treat.

Is synthetic marijuana the same thing as marijuana?

Synthetic marijuana frequently appears as dried plant material. But, don’t be fooled. It is not marijuana. The effects come from the chemical mixture sprayed over it.

Synthetic marijuana often is packaged in foil packets and plastic tubs and frequently contains additives to give it a scent or flavor when smoked. The packaging is usually brightly colored and features cartoon characters or psychedelic images to make the user associate it with marijuana. It also aims to be attractive to young people. The packaging never lists the active ingredients and often contains a warning that it is not for human consumption or is only intended as incense. These warnings exist solely in an attempt to protect the manufacturers and retailers from being prosecuted.

I’m using synthetic marijuana, or someone close to me is using it. What can I do?

Drug addiction is a medical condition, and it can be treated. If you are struggling with synthetic marijuana, or any other drug, there is help in your community. You can call the Department of Behavioral Health Access Helpline at 1- 888-793-4357 any time day or night, seven days a week.

To learn more about the harmful effects of synthetic drugs or to  get involved in the fight to keep our community safe from synthetic drugs,  go to K2ZombieDC.com or visit them on social media.

There is a store in my neighborhood selling synthetic marijuana. What can I do about it?

Selling synthetic marijuana is illegal in the District of Columbia.  Stores choosing to continue selling synthetic marijuana can be fined and may lose their business license. People who sell these drugs may also be subject to arrest.  Mayor Bowser recently proposed emergency legislation passed by the DC Council  to increase the penalties for illegal sales and take swifter action to shut down repeat violators. You can call the MPD Tip Line at (202) 727-9099 or text a message to 50411. Both of these services are available 24 hours a day. Callers may choose to remain anonymous and all texts are automatically anonymous.

Where did synthetic marijuana come from?

The first synthetic marijuana compounds were developed in the 1980s and 1990s by researchers looking for new treatments for diseases such as HIV and multiple sclerosis. They first appeared on the market as recreational drugs in Germany around 2008. Distribution of these products quickly expanded to other countries and are now a global health concern. Illegal manufacturers have long since moved beyond these original compounds and have developed entirely new drugs to try and stay ahead of laws passed to ban synthetic marijuana. These new drugs have no basis in legitimate medical research and were never properly tested to determine their harmful effects.